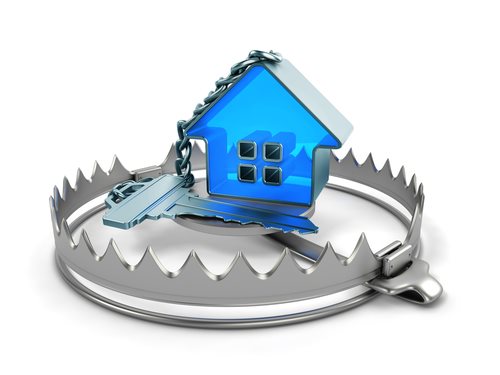 On October 9, 2012, the Department of Justice announced that results from the Distressed Homeowner Initiative.  The initiative was the first of its kind and targeted fraud schemes across the nation that took advantage of struggling homeowners.
The Department of Justice announced that a total of 530 criminal defendants were charged, and 172 of the defendants were executives.  The fraud schemes involved over 73,000 homeowners and the Department of Justice estimates that the victims suffered a total loss of about $1 billion.
The Distress Homeowner Initiative conducted the majority of their investigations between October 1, 2011 and September 30, 2012 and focused on fraudulent foreclosure rescue schemes.  Many of these schemes state that the homeowner can avoid foreclosure if they let the fraudulent investors purchase the property or transfer the title to the scammer.  In some cases, the homeowners lost everything.  The initiative also targeted loan modification schemes that required an advanced fee form the homeowners and then promised to negotiate better mortgage terms.
The Justice Department, the FTC, and the CFPB have already filed 110 cases against 153 different defendants who operated fraud schemes that affected over 15,000 homeowners.  The State Attorneys General has filed criminal cases against 51 defendants and 104 civil enforcement actions against 125 defendants.
The Justice Department is also coordinating with several different agencies and offering financial assistance at pro-bono to help the victims of foreclosure rescue schemes.  Many of the victims who lost their home because of the fraud were invited to attend a workshop in Riverside, California.
Attorney General Eric Holder announced, “The comprehensive efforts represent a historic, government-wide commitment to eradicating mortgage fraud and related offenses.  The success of the Distressed Homeowner Initiative, and the developments we announce today, underscore our determination to pursue these and other financial fraud criminals around the country.”
Source: Department of Justice