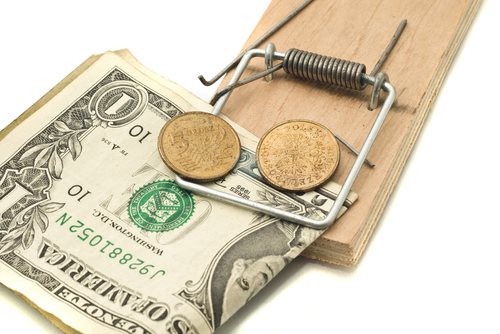 What is a Scheme?
A scheme is a broad term that denotes the presence of a fraudulent business model. An individual or business will create a scheme and market it to potential investors (everyday consumers or other businesses) to develop a sense of prestige or profitability with the fraudulent business plan. As a result of their marketing strategies and promises of large returns, investors will pour money into the scheme, in the hopes of earning a substantial percentage on their return.
Although there are different forms of a scheme, the basic function each illegitimate business model, is to take the funds obtained from investment and keeping without delivering substantial profits to the majority of the investors. As a result of this devious tactic, a scheme is considered an illegal act and is grouped into the ‘white collar’ classification of crimes.
What is a Ponzi Scheme?
A Ponzi scheme is the most fundamental form of investment scheme that is predominantly geared towards providing returns to those individuals who are the earliest to invest in the opportunity. In essence, the Ponzi scheme will offer an investment opportunity that appears legitimate on the front end; this characteristic is fundamental in accruing a cash flow from investors.
When the opportunity is first presented, the flow of cash from the earliest investors is obtained and over-time as more investors jump on the opportunity, the Ponzi scheme will distribute false profits to those who initially invested in the fund. Through this delivery of false profits, more investors will provide cash to the Ponzi scheme in hope of returning a similar profit.
As a result, those who invest earliest are paid with the cash provided by the later investors; this cycle continues until the fund can no longer provide returns to their investors. This illegitimate redistribution of fund–along with the scheme’s failure to partake in any true investment technique– is the most fundamental characteristic of a Ponzi scheme.
What is a Pyramid Scheme?
A pyramid scheme is a common scam that promises investors a substantial return on their initial investment. The pyramid scheme, which does not deliver on their promised profits, will only benefit the initial salespeople, those who created the scheme and the very first investors. A pyramid scheme will manifest itself in products or services that offer “get rich quick” schemes; the foundation of a pyramid scheme is built through the delivery of false information concerning a product or service that is not tangible offered.
The pyramid scheme makes money by having investors pay a one-time fee to sign up for the promised returns; a generic form of pyramid scheme will have investors purchase materials to re-sell to other investors. To make money through the latter example, the individual must sign up other people for the good or service. These individuals, in turn give a portion of their investment to those who signed up. As a result, money flows upwards, to the top of the pyramid or to the individuals who created the scheme. ‘
Differences between a Ponzi Scheme and a Pyramid Scheme:
While both a Ponzi Scheme and a Pyramid scheme are examples of illegal investment strategies that incorporate tactical terms, while promising high returns in a short period of time, a Ponzi Scheme typically contains a central figure who is the recipient of the majority of revenue. By contrast, a Pyramid Scheme, incorporates the building of a network if investors who function as active recruiters and who benefit from any additional investments as a result of their efforts.