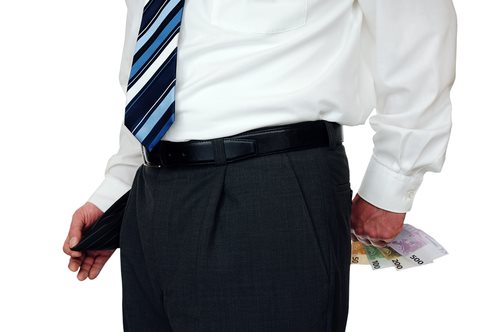 On October 12, 2012, the US Attorney’s Office for the Eastern District of Virginia announced that Jeffrey A. Martinovich of Norfolk, Virginia was charged of fraud after he mismanaged his hedge fund in Newport News.


According to the FBI, Martinovich faces 26 charges of mail fraud, wire fraud, bankruptcy fraud, and more.  The maximum penalty for each charge is 20 years in prison.


Martinovich was the former CEO of MICG Investment LLC in Newport News.  He started three different hedge funds in 2007 and began looking for investments the same year.  He bought about 2 million shares from a private solar energy company for the MICG Venture Strategies LLC hedge fund.


At the end of a calendar year, Martinovich was required to form an estimate of the solar company shares so he could calculate management and incentive fees.  The solar company was privately traded, so Martinovich was required by law to use an external and independent calculation of the shares’ worth before he billed for management and incentive fees.


According to the indictment, Martinovich did not use an outside calculation from 2007 to 2008.  Instead, he falsely inflated the value of the shares for the solar company in order to increase the management and incentive fees.  He then used the inflated values to attract new investors for Venture Strategies.


After the solar company declared bankruptcy, investors for Venture Strategies experienced financial instability.  Martinovich filed Chapter 7 bankruptcy in February of 2011, and during the bankruptcy proceedings, it is believed he made false statements about gambling trips to Las Vegas.


The case was investigated by the IRS’s Criminal Investigations Division, the Federal Bureau of Investigation, the Securities and Exchange Commission, the Financial Industry Regulatory Authority, and the Virginia State Corporation Commission.