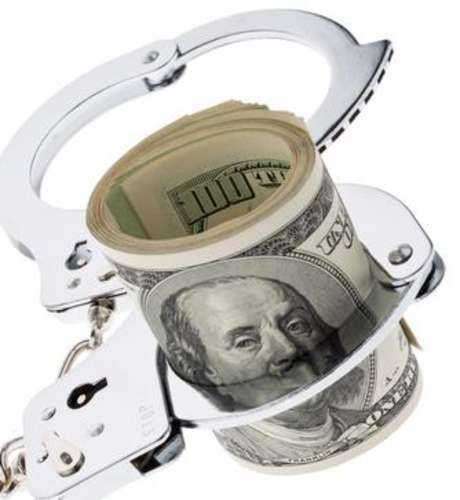 Income tax evasion has numerous effects on the economy of the region in which it occurs as well as upon the global economy. The effects of this crime may seem localized, but as nations trade and conduct business with each other, the economic standing of one country will in turn affect another. One method of repairing this web would be through heightened tax fraudOne of the largest economic factors involved with income tax evasion in the United States is the "tax gap" as described by the Internal Revenue Service (IRS) and financial analysts.
According to reports from the Internal Revenue Service, over $345 billion in back taxes will never be collected by the agency or its field examiners. This amount of money is due to a lack of resources from the federal government to collect this money which would be appropriated for public services that the government, state and federal, provides for United States citizens.
It is estimated that $30 billion in income taxes is not collected annually due to income tax evasion. Improved tax fraud penalties would help to reduce this number, but the increasing tax gap makes it difficult to direct resources to the Internal Revenue Service and other tax authorities to collect this money.
The impact of this tax deficit can be felt national as the accumulation of taxes owed prevents government spending in critical areas. This includes aid to schools, welfare, benefits to senior citizensCurrently, tax fraud penalties are imposed by state and federal tax evasion laws
Aside from income taxes, there are other taxes that are evaded regularly in the United States and other nations.
These taxes are the value added tax and the sales tax. Presently in the United States there is no national value added tax (VAT) which makes it easy for businesses to avoid paying this tax as do not have to report it. The sales tax is more difficult to evade as customers pay these taxes in stores along with their bill, but businesses attempt to evade it by underreporting sales to tax authorities.
Furthermore, there is no established economic model to describe the effects of income tax evasion on the economy. Economic models would help to accurately describe the predicament as well as predict future trends, but without precise information, the models are not effective.