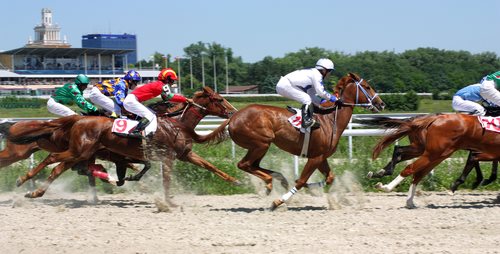 Last Tuesday, the US Attorney’s Office for the Central District of California reported that Christopher J Woods from Sydney, Australia was sentenced to four years in prison for a loan fraud scheme that caused victims to lose over $5 million.  Woods was also ordered to pay $3,510,000 restitution along with a $10,000 fine.  He was sentenced by U.S. District Judge Virginia A. Phillips.


The entire loan fraud scheme was orchestrated by Henrik and Hamlet Sardariani.  The brothers worked with an escrow officer, Wanda Tenney, and they defrauded private lenders by claiming the loans they issued were safe.  Tenney let the Sardariani brothers convince the victims their loans were secured with the escrow account.


Woods and other defendants claimed that the Sardariani brothers needed a brief extension on an existing escrow because of the purchase of a hospital.  Additionally, Woods admitted that he planned to use the money from lenders to place horse bets he believed he could fix.


Woods eventually used the money to pay for luxurious hotels, upscale restaurants, and other luxury items.


This case was investigated by the FBI and the IRS’s Criminal Investigation Division.