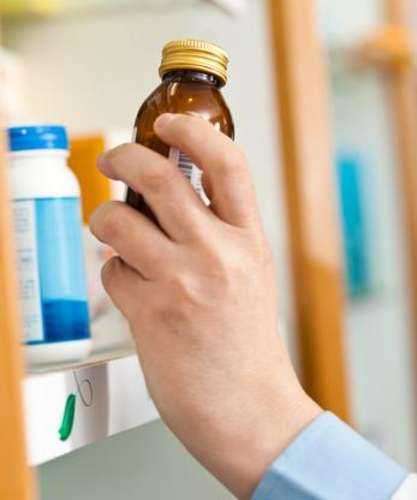 Manipulation of Standards
Sometimes, the standards required for any given product to be presented with a certain label are easily manipulated through the vagueness of those standards. These are situations in which the widespread understanding of a certain term can be used against the consumer, so that the consumer will come to believe false claims about a given product.
The unfortunate fact is that often times, these false claims are not genuinely false, as the companies making these claims will often gladly define exactly what they are trying to say, and will make it perfectly clear that they were not, in fact, using the same definition as is used in that widespread fashion.
This does not prevent customers from simply assuming that such deceptive advertisements are using the widespread definition, however, and as a result, these customers may make a mistake in deciding to purchase a product based on an assumed fact. As a primary example of this, technology companies Seagate and Western Digital both put out computer hard drives claiming to hold a certain amount of space, as measured in gigabytes or terabytes.
But the terabytes and gigabytes that Seagate and Western Digital were referring to in these advertised claims were not the terabytes and gigabytes that are used by most computers and software.
Another primary method of false advertising, which doesn't quite fall into the domain of blatant, outright lying, is that of fillers and over-sized packaging. These two methods are both ways of physically manipulating the appearance of a product, such that the consumer will be more inclined to purchase it.
Fillers are a way of "filling in" the product with cheap, unimportant substance, giving the overall product a bulked up appearance, without significantly changing the product from what it would be if you stripped out all the filler. Over-sized packaging is dependent upon appearances, as the purpose of over-sized packaging is simply to make the overall product seem more abundant by making the packaging itself seem larger. Neither is false advertising in a clearly prosecutable fashion; filler sometimes does have some benefit to it, such as extra fiber included in dog food helping out with digestion, and there may be no false claims on the filler-laden product.
Similarly, over-sized packaging is not lying in any clear way, as no company will have made the claim that the product must fill the packaging entirely, without any additional padding of any kind. But the fact remains that both of these techniques are attempts to manipulate consumers into purchasing products which they might otherwise have ignored. For more information on the methods and nature of fillers and over-sized packaging, click the link.
Using undefined terms in false advertising refers to the practice of using words which appear to have content or meaning to describe a given product. These words likely have no consistent meaning, however, and instead are simply buzz words designed to catch the attention of a consumer and then imply certain facts about a product, without actually ever once making a substantive claim.
The use of undefined terms cannot be held against advertisers because of the very nature of the undefined terms; using them is not making any clear, substantive claim, and as a result, marketing campaigns that use such terms cannot be held accountable for consumer interpretations of those terms (or at least, so goes the defense of the advertising companies). For instance, the term "light" is used very frequently on many different kinds of products
Its actual meaning for any given product is highly indeterminate, and a company can defend the use of the term with a claim relating to the color of the product, as opposed to anything more substantive. Therefore, if a consumer were to "misinterpret" the term "light" as something relating to caloric content of the product, then that would be the consumer's fault, not the company's, as "light" was still a perfectly applicable term. To learn more about how some companies use undefined terms to better sell their products, follow the link.
"Small Print"
The use of small print as a technique for false advertising is a fairly common means of sidestepping federal rules. Advertisers must put all pertinent information into their ads, but there is no rule describing exactly how they must present or provide such information. As a result, many advertisers simply present the necessary information through small print, designed to be nigh illegible and unnoticeable, while also offering up ample other distractions in the advertisement to further prevent the viewer from paying attention to the small print.
Most consumers are also unlikely to pay attention to any given ad to the extent necessary for both perceiving and understanding the contents of the small print, and therefore will simply ignore the small print in favor of looking at the larger, generally positive message contained in the large print of the ad.
Inside the small print, then, an advertiser can hide any number of highly important pieces of information, including information on what terms need be fulfilled before the more prominently advertised deal actually comes into effect, and how long the advertised deal would last. For more on small print and the information it might work to conceal in plain sight, click the link.