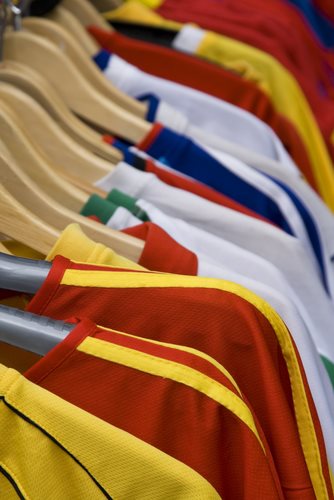 Counterfeit goods are ubiquitous all across the country, and are prevalent in imports from around the globe.  Counterfeiting goods is a lucrative business for many individuals, but is deleterious to the health of legitimate corporations and the individuals who purchase these products without the knowledge of what they are truly buying.  These imitations of genuine products are meant to deceive consumers for the sole purpose of windfall profits for the manufacturers and, therefore, it is worthwhile to understand a broad overview of counterfeit goods.
Counterfeiting goods, as previously mentioned, is an extremely profitable business.  In fact, the Anti-Counterfeiting Coalition claims that if counterfeiting goods were a viable and legal enterprise, it would rival any other industry’s profits in the world.  The litany of counterfeit goods illegally manufactured could theoretically extend well beyond the scope of this article, but a few of the most commonly reproduced consumer commodities include shoes, clothes, handbags, computers, DVDs, and medications.
A sizable quantity of these counterfeit goods are created in third world countries.  One of the primary hubs for counterfeiting goods is Southeast Asia where many operations in the area design company insignias meant to mimic those of Western or Japanese conglomerations.  For example, the company Hanabishi emerged as illegitimate copy of Mitsubishi Electric with the intent of fooling consumers into believing they were somehow related to the consumer goods giant.  Hanabishi even went so far as to produce a company logo nearly identical to that of Mitsubishi.
Other companies in Southeast Asia have also tried to profit from similar sounding names, such as Hatari which attempted to cash in on the success and recognizable name of Atari.  Even though these corporations may seem obviously fraudulent to most informed observers, several of these businesses are included on stock exchanges in their home countries.
Although counterfeiting goods is illegal, some individuals may be tempted to purchase them nonetheless because they are lured by the attractive price of such merchandise.  They may also feel that counterfeit goods cause no serious harm to individuals or businesses.  Those individuals should consider the following facts.
According to the Federal Aviation Administration, more than five hundred thousand airplane parts installed annually are counterfeit goods.  The Motor and Equipment Manufacturers Association discovered numerous problems in automobiles due to companies counterfeiting goods.  Some of those upstanding products include oil filters outfitted with rags instead of actual filters, unsafe transmission fluid, and brake linings comprised of grass.
Furthermore, the Food and Drug Administration nearly ten percent of pharmaceuticals sold in America are counterfeit goods.
Hopefully it is evident that counterfeiting goods is a losing proposition for consumers and legitimate businesses.  Consumers must be vigilant and aware of counterfeit goods, and avoid purchasing them even if they appear to be a financially sound investment.

Disability Fraud Methods At A Glance

A Quick Look into Statute of Frauds