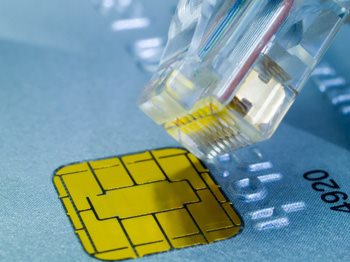 Since the late 19th century communications have gone a long way. By the turn of the 20th century, the telegraph was the most widely used form of electronic communication. The telegraph, however, was only available to lucrative businesses, stock exchanges, news services, and government entities.

The telegraph was the Internet of its day, rapidly disseminating information across the globe. Learning and interpreting Morse code was painstaking and difficult; therefore, the telephone quickly replaced the telegraph. By 1920, every major industrialized nation had streets lined with telephone poles on either side. Telephones were used in domestic, commercial and government communications.

The telephone was the first major breakthrough in electronic communications. Banks and businesses conducted commerce with these electronic contraptions and shortly, cases of fraud committed through telephone line or telegraph wire became widespread. Persons would assume the identity of another person to call a bank to commit wire transfer fraud of money to siphon money out of people's bank accounts.

As electronic communications grew more sophisticated with the invention of the radio and television, by the latter decades of the first half of the 20th century, the potential to use these technologies for mass deception became more apparent. During the second world war, governments used television, film, and radio to disseminate propaganda to steer public opinion of an enemy country.

Crooks used radio, and to a lesser extent, television to sell quack products and made false claims to the detriment of customers and philanthropic donors. Fraud statutes applied to written forms of media, but these new forms of media did not fit existing technology perfectly, hence the origin of wire fraud laws.

Wire fraud laws pertain to any type of fraud that is used to illegally take money or property from people without providing customers and donors with a bona fide good, service, or good works in return. Wire fraud must involve the use of television, radio, telephone, or other form of electronic communication to create a fraudulent agreement. Contact a fraud lawyer to acquire legal advice and assistance.

Fraudulent Charities and Organizations At Glance